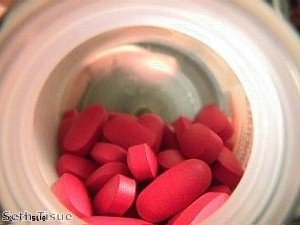 Drug rehab programs have come a long way in recent years. Now, in addition to using cognitive therapy to help resolve many of the problems that led an individual to addiction, new medications can diminish the strength of a person’s cravings for drugs.

The new medication Vivitrol is among the top performing drugs for ending addiction. Doctors are increasingly prescribing it to individuals who are dependent on drugs and are reporting noteworthy results.

These results will figure prominently at the upcoming American Society of Addiction Medicine’s Annual Medical-Scientific Conference, which will be held later this week. Two discussions of the benefits of Vivitrol are planned.

The first of these talks will describe the efficacy of injectable Vivitrol treatments for individuals who struggle with opiate addiction. The second is an examination of whether or not the medication is cost-effective in treating alcoholism.

Officials said that the discussions are intended to help the medical community learn more about the potential benefits of the relatively new medication, which has proven to be an effective way for addicts to control their cravings for drugs.

Vivitrol is a medication that helps alcoholics maintain abstinence during the early period of recovery. It is injected into your body once every 4 weeks and stays active in the body for this period of time.

Vivitrol contains the active ingredient naltrexone, which works by blocking natural opiate receptors in the brain. When you drink alcohol, endogenous opiates are released, and it feels good. When you drink alcohol after taking Vivitrol, the endogenous opiates that get released are blocked from having any effect, and so you don’t feel the pleasure that alcohol normally gives you.

Taking the pleasure out of drinking helps alcoholics stay motivated to quit and avoid relapse.

The naltrexone in Vivitrol takes a lot of the fun out of drinking. Studies have shown that alcoholics taking Vivitrol drink fewer alcoholic beverages and less often than alcoholics not given the medication.

Studies also show that taking Vivitrol in addition to getting alcohol counseling (psychosocial therapy) works about three times better than getting counseling alone, when you compare abstinence rates at six months as a measure of success.

Vivitrol helps, but it won’t solve your problems on its own. Vivitrol can help make the early months of sobriety easier, especially when it is combined with other types of alcoholism treatment.

The Advantages of Once a Month Injections

Getting a shot once a month is a lot easier than deciding every day to continue taking a medication that takes the pleasure out of drinking. Even motivated alcoholics in recovery face temptation, and it’s a lot easier to decide to take your medicine once a month than every day.

Vivitrol (naltrexone) is in no way addictive. There is no withdrawal associated with sudden discontinuation of the medication.

Will It Make Me Feel Sick if I Drink?

Drinking alcohol within a month of taking Vivitrol won’t be as enjoyable, but it won’t make you feel sick.

An older medication used to treat alcoholism, Antabuse (disulfiram), worked by making alcoholics who drank while taking the medication violently ill. Antabuse is no longer commonly prescribed as anyone who wanted to start drinking could simply stop taking the Antabuse and drink without consequence, so it didn’t work all that well.

What Are the Side Effects?

Most people tolerate the medication well. Some people report feeling some nausea after the initial injection of Vivitrol, but this passes within a couple of days and isn’t normally experienced after subsequent injections.

Injection site reactions are also sometimes experienced. These can include redness, tenderness, itchiness and pain around the site of the injection.

Some other occasionally experienced side effects include:

Naltrexone, in high doses, can be harmful to the liver, and people with liver damage may not be able to take Vivitrol safely. Your doctor will likely tell you to watch out for any signs of liver problems after an injection of Vivitrol.

It is important to let your doctor know about your use of Vivitrol, especially in any trauma situation, to ensure that you receive adequate (non-opiate) pain relief when needed.

What If I’m Addicted to Opiates, Too?

Vivitrol should not be used by anyone currently dependant on opiate medications or illicit drugs such as heroin. Since naltrexone blocks the opiate receptors, an opiate-dependent person who uses Vivitrol will enter into immediate full opiate withdrawal.

You need to abstain from all opiates for 1-2 weeks prior to using Vivitrol.

Prior to treatment, my life was not only unmanageable, it was unlivable. Wellness Resource Center helped provide me with a full, meaningful life. Thank you!